Who Will Pay the High Price of FLSA & SCA Violations? - Brown Rudnick 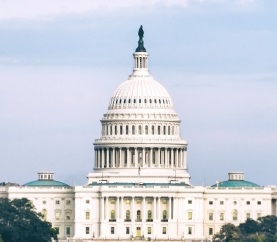 Who Will Pay the High Price of FLSA & SCA Violations?

The U.S. Department of Labor (DOL) announced last week that a Virginia contractor has agreed to pay $2,772,977 in back wages to 6,450 employees for violating the Service Contract Act (SCA) and the Fair Labor Standards Act (FLSA). That's a lot of money and a lot of underpaid employees!

A brief description of the violations and the settlement is contained in DOL's Press Release (https://www.dol.gov/newsroom/releases/whd/whd20190508). While it's hard to be sure from the information provided, it seems that the wage underpayments may have been the contracting agency's fault--at least in part. Specifically, it seems the contracting agency failed to update the applicable wage determinations as required by the Federal Acquisition Regulation (FAR) and DOL's regulations.

If the agency was at fault, the contractor may have rights to recover some or all of its huge DOL settlement from the contracting agency under FAR 22.1015. That regulation requires contracting agencies to correct errors identified by DOL and to give contractors equitable adjustments to compensate them for increased costs that result from such corrections.

Alternatively, even if there is no fault to be attributed, the contractor may be entitled to a price adjustment under FAR 52.222-43, Fair Labor Standards Act and Service Contract Labor Standards-Price Adjustment, or a related clause.

Of course, without the complete facts, we can only speculate. Nevertheless, it is a chance to remind contractors of their rights.