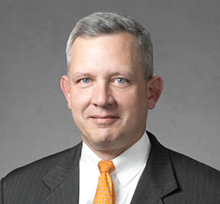 NEW YORK, October 2, 2020 – Blueprint Capital Advisors, the only African-American asset manager in New Jersey, has retained Brown Rudnick trial lawyer Michael Bowe as lead counsel in its landmark racial equality case against New Jersey’s Department of the Treasury and Division of Investment (DOI), BlackRock Alternative Advisors, and Cliffwater LLC.  Blueprint brought suit after opportunities it had developed were misappropriated and others it had been promised were redirected by the defendants and others.  Bowe will be joined by Jay Sekulow of the Constitutional Litigation and Advocacy Group.  Bowe and Sekulow have worked together on several high-stakes matters.

Rev. Dr. David Jefferson Sr., Esq, Senior Pastor of Metropolitan Baptist Church in Newark, has characterized Blueprint’s legal fight for equal opportunity in the financial sector as “another Brown v. Board of Education,” and explained that, “in the wake of a climate of renewed amplification around civil rights and social justice, the conversation must include holding elected officials on all sides accountable for investments in the Black Community.”

On representing Blueprint, Bowe said, “This case is about corrupt backroom cronyism, racial discrimination, and blatant hypocrisy by an old boys network publicly proclaiming its commitment to opportunity for African-Americans while scheming to misappropriate for itself the opportunity Blueprint’s ideas and sweat created.”

Blueprint co-founder Jacob Walthour explained he retained Bowe and Sekulow “because they both understand that both racial and economic justice for all Americans is at stake in our case and have the track record to ensure justice is served in this case.”

At Brown Rudnick LLP, we combine ingenuity with experience to achieve great outcomes for our clients. We deliver partner-driven service; we incentivize our lawyers to collaborate in the client’s best interest; and we put excellence before scale, focusing on practices such as distressed debt, corporate restructuring, M&A, white collar defense, international disputes, and intellectual property, where we are recognized leaders. We have more than 250 lawyers and government relations professionals across the United States and Europe, with offices in key financial centers. Beyond the United States and Europe, we serve clients in the Middle East, North Africa, the Caribbean, and Latin America.