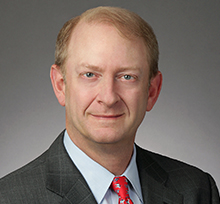 Steve is regularly called upon and has developed a strong reputation for achieving successful outcomes for clients in high-profile FCPA and insider trading cases across the country. He served as lead counsel in the successful defense of Mark Cuban against the SEC's highly publicized claims of insider trading.

Steve is a skilled litigator and represents clients in both criminal and civil trials and he has been lead chair on approximately two hundred jury trials and hundreds of bench trials. A client in Chambers & Partners recently said that Steve is “a very aggressive litigator, he's no-nonsense and he will basically fight to the death for his clients, he's someone that you would want to hire if you wanted to fight the government.” Steve's litigation acumen and skills, along with his deep understanding of government investigations have also been mentioned by clients in Who's Who Legal: Business Crime Defence 2020, stating, “Stephen Best is a 'bright and thorough litigator' who impresses with his 'complete and utter devotion to clients.' He is highlighted for his 'perfect judgement and analytical skill,' and his stellar track record in anti-corruption proceedings and investigations.”

Over his extensive career, Steve has represented audit committees and independent special committees investigating whistleblower allegations of fraud and other corporate wrongdoing. He has a deep knowledge of complex accounting and SEC reporting issues, and anti-corruption compliance, with particular focus on government enforcement and regulatory matters, ethics and compliance.

Steve is a regular lecturer on criminal law and procedure to bar associations and state and federal law enforcement agencies. Steve was previously an instructor at the University of Virginia National Trial Advocacy Institute.

Before joining Brown Rudnick, Steve served as the Co-Chair of the White Collar Defense group at a large, multinational, law firm, based in New York and, prior to that, was a prosecutor for almost ten years serving as an Assistant United States Attorney in Washington, D.C. and an Assistant Commonwealth's attorney in Fairfax, Virginia.

Currently, and along with many of the below-listed matters, Steve represents the Special Claims Committee of the Financial Oversight and Management Board for Puerto Rico tasked with investigating and prosecuting potential claims against third parties in its massive restructuring case, including an action to declare void more than $6 billion of bond debt. 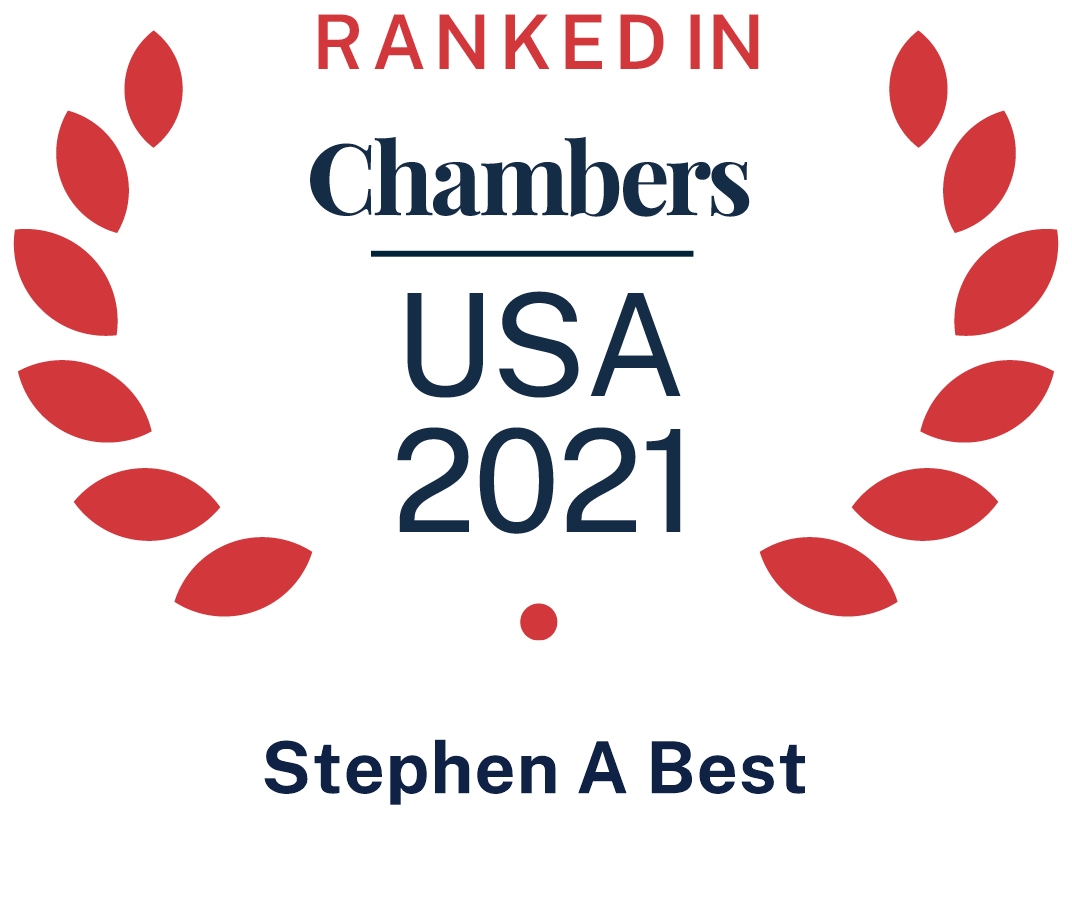 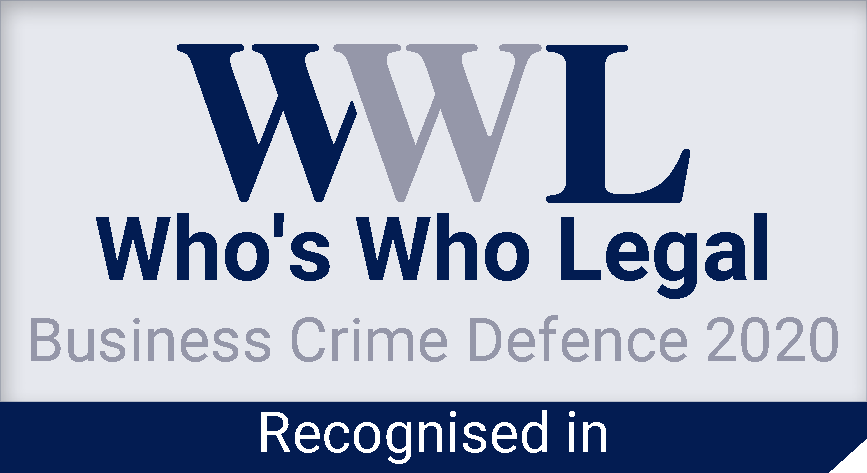 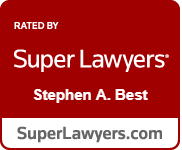 Represented Royal Dutch Shell in an accounting fraud review and a review of bribery allegations related to the company’s Nigerian-based business operations.

Representing the Special Committee of an Audit Committee of an online payroll and human resource technology provider in a review of whistleblower allegations and SEC disclosure issues.

Represented the Audit Committee of an oilfield service company in a review of disclosure concerns, other complex accounting issues and several whistleblower allegations.

Represented the CEO of a $5 billion multinational contract research organization in connection with an SEC investigation into accounting policies and various other matters.

Represented an individual defendant in a nationally publicized criminal and civil insider trading cases with the resulting sentence of four months, instead of a sentence of 12-18 months, as requested by the prosecution.

Represented Delta Petroleum in parallel SEC and DOJ investigations of accounting and disclosure issues surrounding stock option grants and expensing. Matter resulted in a declination of prosecution by the USAO-SDNY.

Represented TeleTech Holdings, Inc. in an SEC investigation and class action defense of accounting and disclosure issues surrounding stock option grants and expensing. Matter resulted in cessation of SEC probe with no regulatory action and a settlement with the class plaintiffs.

Represented the CEO and COO of Chicago Bridge & Iron in Audit Committee and SEC investigations surrounding accounting and disclosure issues. Matter resulted in no regulatory action being taken against clients.

Represented numerous witnesses in an SEC investigation of the Interpublic Group of Companies, one of the largest global marketing companies in the world and a U.S. issuer, relating to the company’s restatement of financial results. Clients were never sued by the SEC.

Represented Global Crossing, Ltd.’s Special Committee on Accounting Matters of the Board of Directors in an SEC fraud inquiry.

Represented a Fortune 100 Company’s Special Committee of the Board of Directors in an internal investigation in anticipation of a derivative action.

Represented brokers and mutual funds in parallel investigations by the New York State Attorney General (NYAG) and the SEC into market timing and late trading. Matter resulted in declination of prosecution by the NYAG and a civil consent decree with SEC with no admission of liability.

Represented Enron Corporation’s former vice chair in parallel proceedings before Congress, the SEC and the DOJ.

Represented two Spanish billionaires in a global corruption review concerning allegations of bribing the President of Guatemala and other high-ranking government officials to secure a public infrastructure project.

Represented senior executives of one of the world’s largest meatpacking companies in connection with allegations of paying approximately $120 million in bribes to hundreds of Brazilian politicians.

Represented the former Chairman of the Audit Committee for the Board of a Russia-based telecommunications company in connection with DOJ/SEC investigation into alleged violations of the FCPA.

Represented the lead cooperator for the U.S. government in its criminal prosecution of Viktor Kozeny and Ricky Bourke for violations of the FCPA.

Represented the former CEO of a leading multinational manufacturer of aviation products in connection with a DOJ FCPA investigation.

Represented the head of sales for a Japanese multinational conglomerate company in Brazil regarding bribery allegations related to Mexican officials.

Represented a global water infrastructure company regarding allegations of bribery stemming from operations in Brunei.

Represented the regional head of legal for a Hong Kong-based global investment bank in a multinational anticorruption probe over the practice of hiring sons and daughters of Chinese officials.

Represented an AmLaw 100 law firm regarding two separate bribery investigations, one regarding securing business with the Ghana cocoa industry and another involving client gift-giving by the head of the firm’s Beijing office.

Represented the CEO of one of the world’s largest online gaming companies regarding allegations of bribery surrounding the award of gambling permits in Sochi, Russia.

Represented a large Azeri conglomerate regarding historical corruption issues in order to make the conglomerate prepared for Western investment.

Represented the former Chief Compliance Officer of a leading energy company in a global corruption review.

Represented a multinational engineering and design firm and an international infrastructure group in a global FCPA review before the DOJ and U.K. SFO.

Represented approximately ten senior executives of a leading premium spirits company in a DOJ/SEC FCPA investigation, leading to a successful result where none of the clients were ever charged and one received transactional immunity from prosecution.

Represented the former head of a global entertainment company in an SEC FCPA investigation, which led to the SEC issuing a no-action letter with respect to the client.

Represented an enterprise information management company in numerous FCPA-compliance reviews including but not limited to its business operations in Russia, India, Columbia, the U.K., France, and Indonesia.

Represented the head partner of a Russian joint venture company in connection with an internal FCPA review conducted by Fortune 100 joint venture stakeholder.

Represented an independent consultant in Dubai regarding allegations of corruption regarding an oil and gas project, where the matter was successfully resolved in favor of client who received full payment for consultancy services rendered.

Represented the former COO of one of the world’s largest airliner manufacturers in a global corruption review.

Represented a Norwegian petroleum company in a review of its anticorruption policies and controls.

Represented the Interpublic Group of Companies in numerous anticorruption reviews related to the company’s business activities in Brazil, India, and China. No enforcement action was ever initiated.

Represented a commercial real estate company embroiled in the corruption probe of one of the world’s largest retailers before the DOJ and SEC. No charges were ever filed.

Retained as an expert witness on FCPA and anti-corruption compliance policies and procedures for an international arbitration in Oslo, Norway.

Represented the former chief diesel engineer of a German automobile manufacturer, in connection with the DOJ’s criminal investigation into defeat devices leading to emissions fraud within its diesel vehicles.

Represented the Dallas Mavericks of the National Basketball Association in an investigation regarding allegations of misconduct in the workplace.

Represented numerous witnesses in the KPMG criminal tax investigation before the USAO-SDNY. No client was prosecuted by the USAO-SDNY.

Represented a senior executive of Japan Air Lines in a DOJ criminal antitrust investigation relating to allegations of price-fixing. Client was never charged by DOJ.

Represented Arab Bank, one of the largest financial institutions in the Middle East, in a DOJ investigation. Matter resulted in no regulatory action by the DOJ.

Represented an individual in a DOC/DOJ investigation regarding alleged unlicensed exports to an embargoed country.

Represented an individual indicted for embezzlement, resulting in an acquittal on all counts at trial.