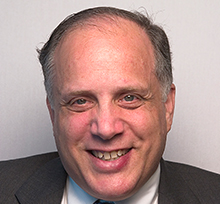 Sigmund Wissner-Gross represents a wide variety of clients in complex business litigations. While Sig is resident in the Firm's New York office, he has handled cases in over fifteen different jurisdictions around the country.

Sig frequently serves as lead litigation counsel on behalf of creditors and ad hoc creditor groups in high profile cases, many of them in the Delaware Courts. He has successfully prosecuted as lead trial counsel numerous major cases in Delaware Chancery Court, obtaining summary judgment for his client (Indenture Trustees acting at the direction of bondholders) in several of them, and settling another case for nearly $2 billion. Furthermore, Sig has significant experience litigating fraudulent transfer and other claims in the bankruptcy courts.

Sig also regularly serves as counsel in the prosecution of other high profile and fast-moving litigations. He negotiated on behalf of a client the settlement of claims exceeding $123 million asserted against the world’s largest food servicing business in a closely followed RICO case filed in the Southern District of New York arising out of an alleged bid-rigging scheme at the United Nations.

Many of Sig’s cases involve complex multi-party discovery, in which Sig has supervised a team of attorneys and depositions across the country have been taken. He has been lead counsel in numerous major cases asserting claims for professional liability against financial institutions, auditors and other professionals. He also has successfully represented private and public companies (along with their officers and directors) in the biotech, pharma, telecommunications, and media & entertainment industries, as well as prominent individuals, brokerage firms and other clients.

In addition to his litigation expertise, Sig is often asked by corporate clients to conduct internal investigations and to provide pre-litigation advice. He also has substantial arbitration experience (e.g., before the AAA, FINRA, the CPR, and international arbitration forums), and is well-known as a leading attorney in alternative dispute resolution proceedings (including pre-litigation and pre-trial mediation).

Lead counsel for bondholders in a successful negotiation of a settlement with Venezuela of the Cerro Negro oil field nationalization issues.

Lead counsel to fund clients (as lenders) in action in Delaware Chancery Court where we obtained a TRO blocking a multi-billion dollar restructuring of the Atlantis Bahamas.

Counsel to The Bank of New York Mellon, as Indenture Trustee, and High River Limited Partnership (a Carl Icahn investment vehicle), against Realogy, a global company that owns brands such as Coldwell Banker and Century 21, concerning Realogy’s proposed exchange offer under which holders of Realogy subordinated notes could “sell” those notes, at a steep discount, for secured loans. We achieved a complete victory in Delaware Chancery Court when the Court ruled that Realogy would breach its contractual obligations if it proceeded with its exchange proposal. Hours later, Realogy publicly withdrew its proposed offering.

As counsel to Ad Hoc Committee of Subordinated Noteholders and Indenture Trustee of Tropicana Entertainment, achieved a victory in Delaware Chancery Court when the Court ruled on summary judgment that Tropicana was in default on the bondholders’ Indenture.

As counsel to The Bank of New York Mellon, acting on behalf of bondholders holding $2 billion of Countrywide bonds, settled a Delaware Chancery Court action seeking a determination whether the acquisition of Countrywide constituted a “change of control” and therefore triggered bondholder put rights. As a result of the settlement, bondholders were paid nearly $2 billion (i.e., close to par) for their bonds.

Lead counsel to European company in obtaining settlement in connection with pursuit of claims in Southern District of New York for in excess of $123 million for lost contracts as a result of alleged bid-rigging scheme at U.N.

Counsel to investors in various major fraud cases, in each of which investors have lost tens of millions of dollars, and recovery of substantial portion of losses was secured as a result of prosecution of securities fraud and/or RICO claims.

Counsel to investors in the First National Bank of Keystone, at the time one of the country’s ten largest bank failures, in which insiders at Keystone fabricated one-half of the Bank’s $1.1 billion in assets. As a result of prosecution of claims against various third parties, including former auditor Grant Thornton, and against Keystone’s former officers and directors, significant recoveries were obtained on behalf of investors.

Secured dismissal of eight related securities class actions without any payment by clients.

Counsel to former CEO and Chairman of public company sued for alleged misappropriation of $30 million of corporate funds and alleged insider trading in defense of case brought by litigation trustee in Delaware Chancery Court and in related securities class actions pending in Southern District of New York.