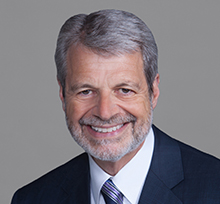 Successfully argued on appeal in Curci Investments, LLC v. James P. Baldwin (2017)14 Cal.App.5th 214 for the application of reverse veil piercing holding that under the circumstances presented in the case, a limited liability company could be liable as an additional judgment debtor for a personal judgment against the 99% member. After return to the trial court the limited liability company was added as an additional judgment debtor to a judgment in the amount of $7.2 million.

Successfully argued on appeal in Hasso v. Hapke (2014) 227 Cal. App. 4th 107 for the complete reversal of a $4.6 million judgment entered against the client following a month-long jury trial with directions to the trial court to enter judgment in favor of the client and for the recovery of all costs.

Defended and favorably settled claims arising out of a leveraged restructuring and sale transaction brought against the former founder and principal of one of the nation’s largest manufacturers of nutraceuticals, by creditors holding $225 million of bond debt acting pursuant to a confirmed Chapter 11 liquidating plan of reorganization.

Recovered judgment after trial, affirmed on appeal, for client arising out of damages resulting from defendant’s refusal to honor contractual supply obligations to take advantage of price spike in the spot market following Hurricane Katrina.

In over three years of litigation, successfully defended developer of large shopping center against lender with secured claim in excess of $90 million, allowing developer to ultimately sell the project.

Recovered $7 million judgment for client after arbitration award based on overpayment of royalty and license fees.

Successfully represented a class of 20,000 California teachers seeking recovery for the diversion of cash in the operation of more than thirty publicly syndicated real estate limited partnerships, achieving a recovery in excess of $20 million.

Defended and obtained a favorable settlement for two subsidiaries of a Fortune 500 company against claims of fraud and unfair business practices with claims aggregating in excess of $200 million.

Successfully defended class action brought by enrollee in a tax preparer course on behalf of thousands of putative class members, defeating class certification in the trial court, and obtaining dismissal of the appeal from that denial.

In a unique class action matter, represented a class of investors with members of the Official Creditors Committee as representative plaintiffs, obtaining a recovery against an attorney for malpractice.

Represented organization of restaurant franchisees in securing contract rights through negotiation, litigation, and ultimately representation in connection with the franchisor’s bankruptcy.

Successfully defended one the nation’s largest franchisors with over 10,000 company and franchise owned locations, against a franchisee alleging breach of contract and unfair business practices, obtaining not only a dismissal of all claims, but a monetary judgment in favor of the client as well as injunctive relief enforcing a covenant not to compete.

Successfully defended nationwide franchisor against contract and fraud claims of franchisee, obtaining dismissal of all claims before trial and defending the judgment on appeal.

Representation of the Official Committee of Unsecured Creditors of Fisker Automotive in litigation in the Delaware Chapter 11 case of this leading electric vehicle manufacturer with world-wide IP and operations, achieving a 500% increase in the dividend to unsecured creditors by obtaining emergency orders limiting the credit bid rights of the secured creditor at an auction compelled by the Committee. Following confirmation of a Chapter 11 plan and the creation of a Liquidating Trust, representation of the Liquidating Trustee in defending a WARN Act class claim.

Representation of the Liquidating Trustee of the Green Field Liquidation Trust in prosecuting claims against the former principal of the debtor and affiliated entities, recovering after a multi-day trial in the bankruptcy court in Delaware a $25 million judgment for breach of contract and tortious interference with contract.

Successfully represented the debtor (RV dealership with several locations) as special litigation counsel in which a favorable settlement of lender liability claims against the debtor’s primary pre-petition lender was obtained, allowing the debtor to confirm a Chapter 11 plan.

Successfully represented non-debtor developer in connection with its interests in 30 real estate debtor entities in litigation with Lehman Bros., who had financed the projects with $2.3 billion before Lehman’s collapse in September 2008.

Represented a water agency incident to its attempt to acquire the assets of a regional water company wholly owned by the debtor in the Landsource Communities Development, LLC bankruptcy.

Represented a city in connection with securing valuable water rights in over 9,000 acres of real estate wholly owned by a California debtor, subject to secured debt of a lender in its own bankruptcy proceeding in Texas.

Represented the Official Creditors’ Committee in a large real estate investment/development company case and successfully negotiated with the debtor to confirm a 100% plan of reorganization to pay more than $12 million in creditor claims.

Successfully represented the debtor, a landmark 500-room hotel adjacent to the Convention Center and Disneyland in Anaheim, California, in confirming a plan of reorganization restructuring the hotel’s $21 million secured debt.

Represented the largest creditor in the Del Taco bankruptcy case, and participated as client’s representative on the Official Creditors’ Committee.