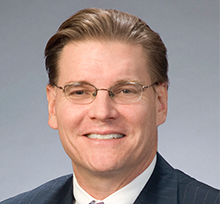 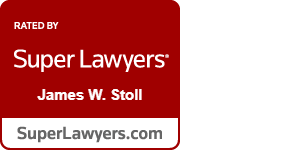 Represented institutional investor in connection with claims arising from the purchase of mortgage-back securities.

Successfully secured dismissal of Rule 10b(5) claim against Indigo N.V. arising out of public offering.

Represented Ad Hoc Committee of asbestos claimants opposing proposed Plan of Reorganization seeking to channel asbestos personal injury claims into a trust where value of claims would be capped.

Represented Ad Hoc Committee of asbestos claimants who opposed and ultimately defeated Pfizer, Inc.’s proposed Plan of Reorganization for its subsidiary, Quigley Co., seeking to channel Quigley’s asbestos personal injury claims into a trust where value of claims would be capped. The Official Creditors’ Committee supported the plan proposed by Quigley and Pfizer based on pre-petition settlements made with most of its members. The Ad Hoc Committee consisted of those asbestos claimants (represented by our client law firms) who did not believe the settlement proposal from Pfizer to be fair to their asbestos clients. After more than six years of litigation, we engaged in a lengthy trial that resulted in an order from the Bankruptcy Court rejecting the proposed plan. In re: Quigley Company, Inc., 437 B.R. 102 (S.D.N.Y. 2010) That result led to a settlement between Pfizer and our client’s orders of magnitude higher than what had been previously offered and rejected before the bankruptcy started. As part of that representation, received a landmark ruling from the Second Circuit Court of Appeals in April 2012, determining the outer boundaries of channeling injunctions under §524(g) of the bankruptcy code. Pfizer, Inc. v. Law Offices of Peter Angelos, (Nos. 11-2635, 11-2767) (2d Cir. April 10, 2012).

Successfully obtained dismissal of RICO claim asserting fraud on the United States Patent Office during the prosecution of a patent.

Successfully defeated a $28 million damages claim in connection with the rejection of a supply contract during a bankruptcy proceeding.

Successfully established at trial the valuation of a $30 million apartment complex and marina, necessary to avoid a cram-down.

Despite findings of liability for breach of software development agreement arbitrator rejected $20 million claim against Jim’s client for lost damages associated with new product launch and entered a finding of no damages.

In case of first impression in Delaware, obtained a decision in favor of minority shareholders avoiding arbitration of fiduciary duty dispute despite existence of arbitration clause in shareholder investment agreement.

Represented Bank in pursuing receivership of Borrower with operations in multiple states.

Represented Asbestos handler for 15 years in a variety of coverage disputes with various carriers under CGL policies.

On behalf of his client accused of infringement, obtained a judgment after trial of non-infringement, patent invalidity (obviousness), and unenforceability based on inequitable conduct by the plaintiff in the patent prosecution process. Each ruling provided an independent basis on which Mr. Stoll’s client prevailed. An award of attorneys’ fees was entered as a result of the judgment.

Successfully settled patent infringement claim on behalf of the patent holder in which a multi-year royalty payment was negotiated (the technology involved snowplow attachments).

Settled a patent infringement matter on behalf of the patent holder for a multi-year royalty payment. (The technology involved trap-shooting machines).

Lead trial lawyer the following matters that have been reported in various state and federal reporters: