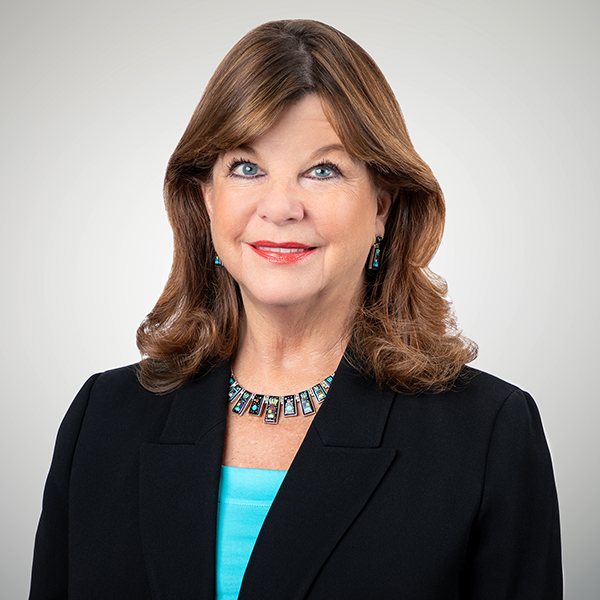 Brown Rudnick is proud to announce the next in our series of events celebrating inspirational and thought-provoking speakers, who will share their professional experiences and achievements. In order to comply with Government advice, this event will take place via a Webex meeting.

Patricia Lee “Trish” Refo is president of the American Bar Association, the largest voluntary association of attorneys and legal professionals in the world.

From 2014 to 2016, Refo was the ABA’s second highest-ranking elected official as chair of its policymaking House of Delegates. She has also served as chair of the ABA’s largest practice group, the Section of Litigation, and as chair of the ABA Standing Committee on Membership, the American Jury Project, and the Association’s grassroots advocacy activity, ABA Day in Washington. Refo was also a member of the ABA Commission on Civic Education and the Separation of Powers.

Refo has served on the Advisory Committee on the Federal Rules of Evidence of the United States Judicial Conference, and on the Arizona Supreme Court's Advisory Committee on Rules of Evidence. She is a member of the American Law Institute and its Litigation Advisory Panel and is a fellow of the American Bar Foundation and the Arizona Foundation for Legal Services & Education. Previously, Refo served as a director of the American Bar Endowment and as co-chair of the National Association of Women Lawyers Committee for the Evaluation of Supreme Court Nominees.

We are now in our 5th year of Brown Rudnick's Women in Business series, where we have asked inspirational speakers from various areas of business to speak about their careers or current business pursuits and  challenges. The events are designed to promote diversity.  The audience is predominantly business women, all with a variety of professional and/or legal backgrounds, but the events are open to all. The speakers have spoken on their lives and experiences in forging a successful path in their chosen career.  We have had the pleasure of being joined by some excellent speakers since the series began in 2016, including:

Due to the COVID-19 restrictions, all Women in Business events are currently held remotely using Webex.