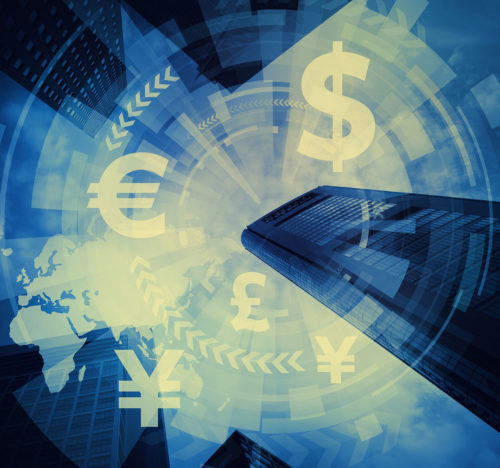 The United Kingdom has long faced criticism due to a perception that it (primarily, London) is something of a preferred destination for those who wish to launder the proceeds of crime. 1 In recent years, the UK government’s reforms in this area 2 have led to, amongst other things, a new unified anti-money laundering oversight body for all professional regulators; launch of a coordinating National Economic Crime Centre with a focus on intelligence sharing; introduction, through the Criminal Finances Act 2017, of new corporate criminal offences for facilitating tax evasion; and new investigative tools called Unexplained Wealth Orders (“UWO”).

In early November 2018, UK and global media began to report certain details from the first UWO case, which had been decided by a court in London. The judgment of the High Court in National Crime Agency v Mrs A [2018] EWHC 2534 3 is the first public example of enforcers’ application for, and judicial examination of, a UWO. Our first client alert regarding this case is available here. In this present note, we look beyond the more recent media headlines about the luxury spending habits of Mrs A (subsequently named as Mrs Zamira Hajieyeva), and make a number of observations on the emerging practice of UWOs.

In January 2018, UK enforcement agencies were empowered to apply for UWOs, which force the respondent person to explain the source of funds used to acquire any property with a value of over £50,000. Introduced by the Criminal Finances Act 2017, UWOs are available to the Serious Fraud Office, the National Crime Agency (the “NCA”), the Crown Prosecution Service, HM Revenue and Customs, and the Financial Conduct Authority. Broadly speaking, UWOs can be sought when there is an obvious gap between the value of an asset and the income of the person who appears to own it. A simplistic example would be a foreign politician or senior military officer who claims to earn only a modest salary yet owns a range of valuable overseas properties. The assets specified by a UWO can be any form of property, whether or not located in the UK.

When determining the application, the High Court must be satisfied on the balance of probabilities:

The circumstances in which someone may be considered to be a PEP are wide, and include the immediate families and associates of PEPs. Incorporated by reference to the EU’s Fourth Money Laundering Directive (EU Directive 2015/849), the Act defines a PEP as “a natural person who is or who has been entrusted with prominent public functions”. In the Hajiyeva case, the Court explored the scope of that definition as the appellant disputed, inter alia, that characterisation of her husband (see below).

The subject of a UWO can be forced to explain:

If the subject of a UWO is unable to explain and prove the source of their funds, or fails to respond, then the property may be subjected to subsequent civil recovery proceedings under Part 5 of the Proceeds of Crime Act 2002.

UWOs have been characterised as a draconian measure because applications can, and presumably often will, be made without notice to a respondent who is then shouldered with the burden of justifying their wealth. In addition, the court can impose interim freezing orders on assets at the same time as a UWO in order to prevent the relevant property being dealt with in any way. The law surrounding UWOs represents a closer interface between the criminal law and civil enforcement. Whilst a UWO is essentially an order to provide information and documents, it can have serious consequences for the respondent, whether or not they comply with its terms. While the court must still be presented with evidence, and the respondent is entitled to challenge the allegations at hearings after the initial ex parte application, it is fair to say that UWOs enable UK authorities to cause potentially significant disruption to their targets, and to ultimately seize suspected assets, without actually securing a criminal conviction at trial. Therefore, lawyers, accountants, tax advisers and private wealth managers should understand how UWOs work, and why their clients might be targeted.

In November 2018, it was publicly reported that Zamira Hajiyeva, wife of the former chairman of an Azerbaijani state bank, was the subject of the UK’s first UWO. Issued in February 2018, the UWO required Mrs Hajiyeva to explain the source of funds to acquire two UK properties reportedly worth a combined £22 million. Mrs Hajiyeva’s husband is currently serving a prison sentence in Azerbaijan having been convicted of fraud and embezzlement relating to his tenure as head of the International Bank of Azerbaijan.

The High Court’s judgment reveals several points of note here. First, the Court applied apparently wide latitude in respect of what evidence the NCA could rely upon at what was a purely investigative stage of proceedings. Secondly, the Court rejected Mrs Hajiyeva’s argument that the UWO process breached the rule against self-incrimination and spousal privilege in relation to a pending criminal investigation overseas. Thirdly, the Court spent some time considering who falls within the term PEP as defined by the Fourth Money Laundering Directive. Mrs Hajiyeva’s grounds of appeal included an argument that her husband (formerly the chairman of a state bank in Azerbaijan) was not actually a PEP because (1) that particular bank was not itself a “state-owned enterprise” as defined by the Directive and/or (2) that Mr Hajiyeva had not, as chairman of that bank, been “entrusted with prominent public functions by a state”. In dismissing that argument, the Court noted that the relevant bank was majority owned and ultimately controlled by the state of Azerbaijan at all material times. In finding that Mr Hajiyeva had been entrusted with prominent public functions by that government, the Court held that he was a PEP, and that his wife was also therefore within scope.

Mrs Hajieva's case has provoked considerable media interest, both within the UK and beyond, demonstrating the reputational harm that an individual can face through the UWO process. Although the Court in this instance initially granted Mrs Hajieva an anonymity order, it refused to maintain that confidentiality once proceedings were resolved. It is also reasonable to expect that any advisers to, or business associates of, Mrs Hajieva would have had cause to consider their own relationship with her, and the adequacy of any risk management measures they had in place.

It is quite possible that the Hajieva case will be the first of many. Shortly after the UWO was granted earlier this year, the Financial Times quoted a senior officer of the NCA as saying, “we have a number of other cases which we’re currently developing, involving both PEPs and people with links to serious crime. We have live investigations into professional enablers.” 4  Professional enablers - such as lawyers, trust companies, and accountants - have been a key focus of the NCA, and its predecessor agency, for some years now. That has found support from various quarters, including NGOs such as Transparency International and Global Witness, 5 and certain Russian exiles and dissidents, who have proposed targeting the wealth of Vladimir Putin’s associates living in the UK.

When considered alongside other developments in this area, such as launch of the new National Economic Crime Centre as a coordinating hub for certain enforcement agencies, the availability and use of UWOs demonstrates an escalation in the pre-existing trend toward greater economic crime enforcement within the UK. Therefore, all businesses should review and refresh their financial crime policies and procedures accordingly. This apparent escalation is consistent with both (1) reported policy considerations regarding the national security threat presented by Russia, 6 and (2) the UK government's recently published Serious and Organised Crime Strategy (1 November 2018), which states that the first of its four strategic objectives is:

"Relentless disruption and targeted action against the highest harm serious and organized criminals and networks" [and notes that the government] "will use new and improved powers and capabilities to identify, freeze, seize or otherwise deny criminals access to their finances, assets and infrastructure, at home and overseas including Unexplained Wealth Orders and Serious Crime Prevention Orders". 7

Whilst such sentiments are laudable, it remains to be seen whether the current focus really is the start of a significant and, crucially, lasting change in enforcement appetite and practice in the UK. All clients and their professional advisers should keep an eye on when, how, and where UK enforcers next reach for the UWO component in their toolkits.