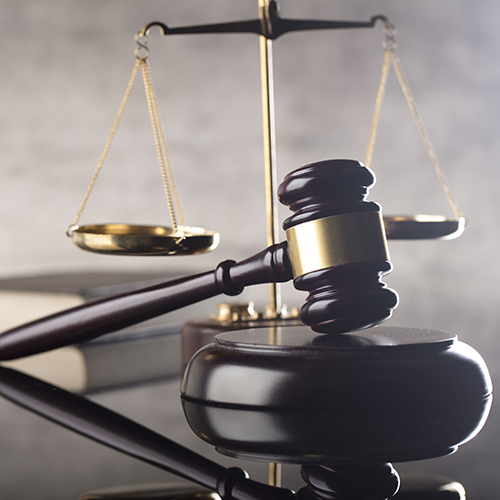 In England, a recent decision of the High Court highlights the strategic tensions at play for companies facing criminal investigation and subsequent or parallel civil litigation.  This note summarises key aspects of the decision, which will be of interest to executive management, compliance officers and in-house lawyers, especially in companies at a particular risk of criminal or regulatory investigation.

In Omers Administration Corporation and others v Tesco plc, a case involving shareholder claims  against Tesco plc (“Tesco”) , the High Court ordered Tesco to disclose documents and information which had been largely obtained by the Serious Fraud Office ("SFO") from third parties pursuant to its statutory powers of compulsion under section 2 of the Criminal Justice Act (“CJA”) 1987. The SFO had provided the documents to Tesco for negotiating a deferred prosecution agreement (“DPA”) to settle the SFO’s investigation of accounting irregularities at Tesco’s subsidiary, Tesco Stories Limited (“TSL”).

This case demonstrates that, in balancing the considerations of fair disclosure and confidentiality, the Court will tend to favor the disclosure of relevant documents in circumstances where disclosure provides a clear litigious advantage to the party seeking disclosure, or if non-disclosure presents a clear disadvantage to said party.  The Court is only likely to be persuaded to restrict disclosure if there are compelling and particularised reasons to do so, or if the same information can be obtained from another source without disproportionate difficulty.

Two sets of claimant groups (the “Claimants”) had brought proceedings against Tesco seeking compensation under section 90 of the Financial Services and Markets Act 2000 in respect of losses suffered as a result of Tesco's alleged false or misleading statements to the market.

As part of the DPA negotiations, the SFO provided documents to Tesco which contained information that the SFO had obtained from third parties, including interview transcripts and witness statements (the “SFO Documents”). The SFO Documents were disclosed to enable Tesco to take legal advice on the desirability of entering into negotiations for a DPA and, subsequently, on the desirability of agreeing to the DPA proposed by the SFO.  Most of the SFO Documents were obtained through compulsion under Section 2 CJA.  However, the material also included some information provided voluntarily.

In correspondence with Tesco, the SFO had stated that the SFO Documents were provided “in confidence for the purpose only of providing legal advice in relation to the criminal investigation being conducted by the [SFO]”. The letters further stipulated that if Tesco became aware that it may be compelled by law or court order to disclose the documents, it was required to promptly give the SFO written notice.

It was not disputed by Tesco that the SFO Documents were relevant for the purposes of disclosure in the civil proceedings. Consequently, Tesco was bound by two conflicting obligations: the obligation of confidentiality to the SFO and the obligation to give full and proper disclosure to the Claimants.

Following a procedure ordered by the Court, the SFO notified the relevant third parties of the proposed disclosure of their evidence. Those third parties were given an opportunity to submit their written objections for consideration by the Court at a discrete disclosure hearing.  At the hearing, the Court was asked to determine the question:

The Court held that it would be unfair to deny the Claimants disclosure of documents in Tesco’s possession which were likely to be of considerable litigious advantage to the Claimants, notwithstanding the fact that they were provided to the SFO under compulsion and shared with Tesco on a confidential basis.

First, the Court considered the test for disclosure and concluded that, as the SFO Documents were in Tesco’s possession, this case concerned party-to-party disclosure. It followed that “relevance is the prima facie test”.

However, relevance of itself could not override public or private interests in maintaining confidentiality. Nothing in the Civil Procedure Rules diluted the Court’s obligation to take into account the strength and value of the interest in protecting confidentiality, and the damage which may be caused by breaking it.

In assessing whether to order disclosure despite assertions of confidentiality, the Court had to consider factors such as:

The Court held that the key question in this context was “whether the overriding objective of dealing with the case justly and at proportionate cost can be secured without the production of the relevant documents”. The Court acknowledged that deciding what weight should be given to the various factors involved a difficult exercise in judicial analysis.

In Omers, most of the third parties objected to disclosure on the basis (1) that they had provided information to the SFO under compulsion, and (2) that they had done so in the reasonable expectation that  that information  would be kept confidential.

In weighing the public interest in confidentiality against the needs of justice in the present case, the Court took into account the following factors:

In the circumstances, the Court held that the public interest in confidentiality, though usually of particular weight in the context of documents obtained by compulsion, must yield to the public interest in ensuring that civil claims are tried on the basis of all relevant material and thus have the best prospect of reaching a fair and just result.

A minority of the third parties objected on the basis that certain SFO Documents contained sensitive personal material that was irrelevant to the proceedings: for example, details on (1) their professional history, external career opportunities and aspirations, family life and situations, financial position and prospects, mental and physical health; and (2) their opinions about the business and their colleagues.

However, the Court decided that their objections were insufficient grounds on which to refuse disclosure of the SFO documents, as their specific confidentiality concerns could be adequately addressed through  redaction of sensitive personal material. In this regard, the Court noted that the objecting parties had not identified specific passages which they felt prejudiced their right to privacy, nor had they proposed redactions that would alleviate their concerns. The Court stated that it was prepared to give additional time to these third parties to identify for redaction any specific text which they considered to be seriously prejudicial.

The status of whistleblowers

The Court also considered an objection made by a whistleblower to disclosure of transcripts of his SFO interviews, as well as the witness statement and exhibits he provided to the SFO. The individual argued that there was a clear public interest in protecting the rights of whistleblowers.

However, in this instance, the Court held that the public interest in safeguarding a whistleblower’s privacy and confidentiality did not outweigh the vital importance of his evidence  being used in the civil proceedings. In coming to this conclusion, the Court took into account the fact that the identity of the whistleblower was no longer a secret and that the confidentiality of his evidence was eroded by the fact he had already given oral evidence in open court.

This judgment is timely reminder of the need for caution and carefully informed strategy when responding to any criminal or regulatory investigation, and interplay with disclosure/discovery obligations in civil litigation. To discuss this judgment, please speak with your usual Brown Rudnick contact or one of the following.